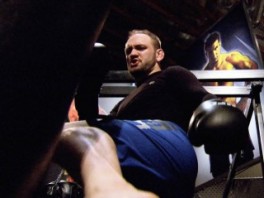 Zak Cummings has stepped in as a replacement for Ryan LaFlare as Gunnar's opponent at UFC Fight Night 46 in Dublin in July.
Read more
May 29, 2014

High Noon - Gunnar Nelson vs The Mayor of Reykjavik

The cool mayor of Reykjavik comes to Gunnar's home gym, Mjölnir MMA, in his crusade against littering and asks Gunnar if he has thrown litter on the street.
Read more
May 23, 2014 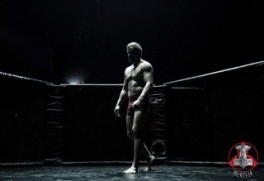 Watch Gunnar Nelson take on 11 opponents one after the other including 21 times Icelandic Judo champion and 9 times Glima (Icelandic Folk Wrestling) champion at EVE Fanfest 2014.
Read more
May 16, 2014 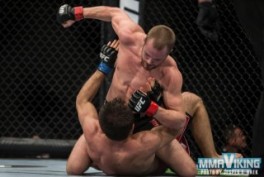 Gunnar's performance of the night at UFC Fight Night on March 8 in London against Omari Akhmedov is on UFC list for the best moments of the first quarter of 2014.
Read more
Apr 5, 2014

Performance of the night in London

Gunnar returned to the Octagon in a stunning manner defeating the Russian fighter Omari Akhmedov 4:36 minutes into the 1st round with a beautiful guillotine choke at UFC in London last night.
Read more
Mar 9, 2014 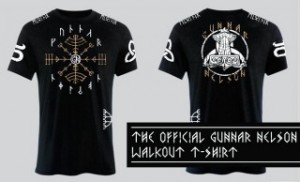 The official walkout T-shirt of Gunnar Nelson for his UFC fight in London on the 8th. of march 2014 is now for sale online. On the front is the magical rune "Veldismagn" printed in gold and surrounding it the name of Gunnar Nelson written in nordic medieval runes.
Read more
Mar 6, 2014
Previous Next