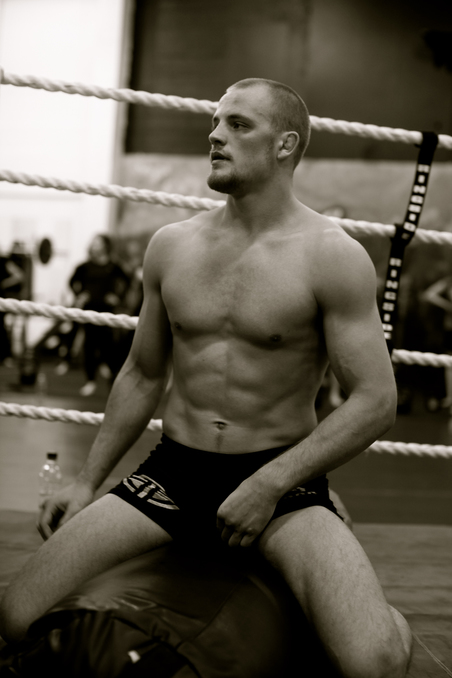 Gunnar Ludvik Nelson (Gunni) is an Icelandic professional MMA and BJJ fighter. He now fighs in the UFC. Gunnar was born in Akureyri in the north side of Iceland but has lived in Reykjavik, the capital of Iceland, almost all his life from early childhood. He has one sister Maria Dogg Nelson born 1992 in Reykjavik. His mother is Gudrun Hulda Gunnarsdottir Nelson (Hulda) born 1966 in Olafsfjordur and his father is Haraldur Dean Nelson (Halli) born 1965 in Keflavik. Gunnar's grandfather from his father side was from USA, hence the Nelson family name.

Gunnar fights out of his local Icelandic MMA club MJÖLNIR in Reykjavik and that's where he spends most of his training and teaching. He also trains with John Kavanagh and his team in Dublin but John also teaches at MJÖLNIR in Iceland and he's Gunnar's main MMA coach. Gunnar also trains with Renzo Gracie and John Danaher in New York and in Manchester where his trainer has been Karl Tanswell. John Kavanagh and Halli Nelson (Gunnar's father) have been in Gunnar's corner for most of his MMA fights.

In his childhood years Gunnar trained both football (soccer) and ice hockey. At the age of 13 (autumn 2001) he started training Goju-Ryu karate and won the Icelandic Juvenile Kumite Championship title in 2003. He never gave that title away in the years he competed in karate, winning it again in 2004 and 2005. Gunnar also took home medals in every karate tournament he participated in over the years 2003-2005. In 2005, he was chosen as Icelands most up-and-coming karate talent of the year at only 16 years of age. Shortly after that he stopped Karate to work for a career within MMA and Brazilian Jiu Jitsu instead.

Gunnar started training MMA and BJJ along with his karate training in the year 2005. In 2006 Gunnar decided to drop his karate training and concentrate on his MMA and BJJ training. Gunnar has since then won many medals, both in Grappling and BJJ competitions. He got his BJJ blue belt (April 25, 2006) and purple belt (June 3, 2007) and his brown belt (June 28, 2008) under John Kavanagh. Gunnar is a BJJ black belt under Renzo Gracie since September 30th 2009.

In May 2007 Gunnar fought in MMA for the first time (and his first full contact fight ever) in Copenhagen, Denmark. The fight was against a much more experienced Danish fighter who was considered one of the best up-and-coming MMA fighter in Denmark at the time. The Danish judges ruled the fight a draw. As from July 2012 Gunnar is signed for the UFC. For more info see his Record page.